A Short History of The Melbourne Camera Club

The Melbourne Camera Club has a history of continuous activity since it was founded in 1891, making it one of the oldest photographic clubs in Australia. The club was the inspiration of Ludovico Hart, the instructor in photography at the Working Men’s College, and was known then as the Working Men’s College Photographic Club. The identity of the first president is not known but was probably the director of the college Professor W.C. Kernot.

The club provided a meeting place where students and graduates of the college could pursue the art and practice of photography, and, in admitting women was in advance of its time. After a few years the restriction on membership was removed and the club became perhaps the most liveliest photographic club in Australia. Lectures on new photographic techniques and discussions on the art of photography were well attended and a darkroom was available. In those days the meetings were often enlivened with songs, piano recitals and recitations! The club was also involved in sponsoring intercolonial (i.e. interstate and New Zealand) exhibitions and competitions.

In 1901 the much loved and respected Hart retired to Hawaii. The club continued to prosper. Members entered overseas exhibitions and were pleased to find their work compared well with that of workers in other countries.

The 1914-1918 war caused a lot of disruption to club activities. Those not serving in the armed forces were involved in the Snapshots from Home League, putting in an immense effort in attending the homes of soldiers to take photographs of their loved ones, then processing the pictures to be sent abroad.

Because indoor gatherings were prohibited during the influenza epidemic of 1919, our club was obliged to continue its activities with outdoor meetings and excursions. When that emergency had passed attention turned to the future as the college had closed the photographic department and it had become evident that separation from the college was inevitable and that this would entail a change of name.

The Melbourne Camera Club commenced operation at the YMCA building in the second half of 1919. This was the first of thirteen moves in the next sixty years! After the restrictions of the war years enthusiasm for photography was running high and there was a considerable increase in membership. There was also a good deal of controversy. One subject which generated a lot of heat was whether it was legitimate to print in clouds from a separate negative: eventually that issue was decided in the affirmative. Well-known workers in this period included William Howieson and Sydney Fox.

Problems arose with the owners of the building and new premises were found in Little Collins Street. By 1922 the membership stood at 195, probably the largest of any photographic club in Australasia and certainly one of the busiest. Four club exhibitions were held each year for prints and lantern slides.

The club survived the depression of the 1930s but with reduced membership and in a precarious financial position. Yet enthusiasm remained high and much work of international standard was produced. For example Ruth Hollick won prizes for her photographs of children, Dr Julian Smith for his character portraits, John Eaton for his landscapes.

The war years were difficult and the club only just survived. In the late 1940s there was again a resurgence. The names of the many outstanding photographers in the post-war years are too numerous to list here. A permanent collection of prints and slides was started in 1948. We now have a substantial collection for which we are in the process of building archival storage facilities.

Because frequent moving is costly and disruptive, a fund was started in the early 1970s with the aim of purchasing a building. After several disappointments we were able to secure a magnificent but dilapidated building in South Melbourne. Now fully restored and with a darkroom, library, studio and gallery we are proud to claim we own the most prestigious amateur photographic clubrooms in Australia, perhaps in the world!

If you are interested in more details about the history of our club ask our secretary for a copy of our hardcover book “A Century Exposed” which includes over 80 photographs in colour and black and white.

The club purchased the current premises in the late 1970s with renovations that were completed in 1979. 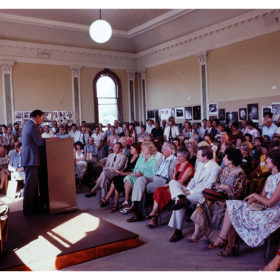 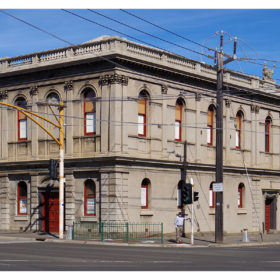 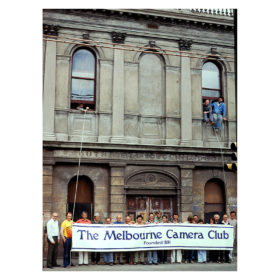 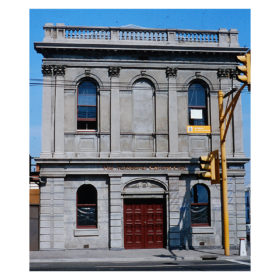 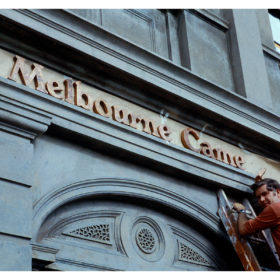 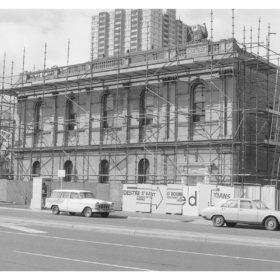 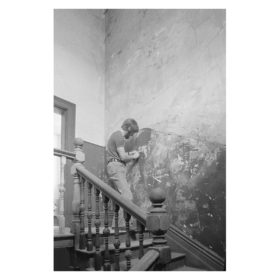 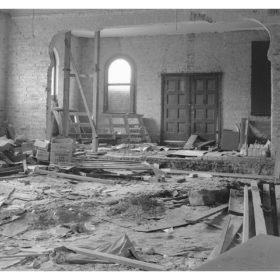 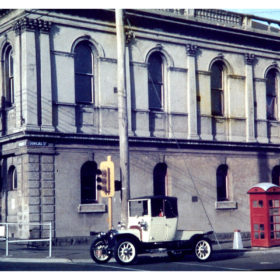 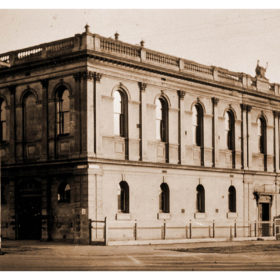