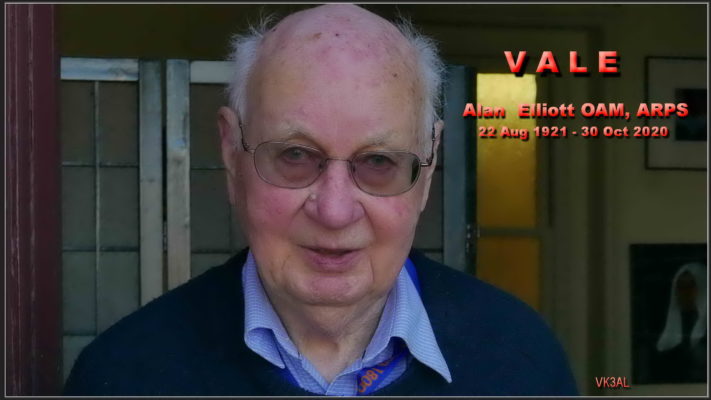 Alan Elliott was 99 years of age when he passed away Friday October 30th in the Palliative Ward of the Alfred Hospital. He remarked jokingly on occasions that he chose his parents wisely for their good life long quality genes. 99 active years is a very good innings by any measurement and so is 60 years of involvement and service to the Melbourne Camera Club. Alan should be remembered with great affection and praised for many and continuous contributions. All who knew Alan would agree that he was a sincere and knowledgeable gentleman who had a strong intellectual capacity for thoughtful and considered discussion on a wide range of topics all through his life right to his end.

Startled one day in Dorcas Street by a stranger who greeted him talking Russian, Alan replied in Russian and further asked the slightly disheveled man (in Russian) what was it he wanted? Surprised ? of course Alan majored at University in Russian and though many years ago his response was fluid enough to send the questioner into an amazed retreat. Alan and I joked about this suspicious KGB incident. Russian was one of Alan’s many life time accomplishments. Then there was also a passable use of Japanese as well.

An Industrial Chemist by training Alan joined the Analytical firm of Sharp & Howells as a young cadet before WW2 and semi-retired 20 years ago as a partner but was still freely consulting on analytical advise up to last year. His old firm Sharp & Howells sponsors the club’s annual End of Year Photojournalism Trophy award in Alan’s name.

Of his many hobbies and past-times, Photography was the most enduring. Alan joining Melbourne Camera Club in the early 1960s. He was Club President in 1969 when it was located in the basement at 21 Queen Street. Alan competed in Prints and Slides and was a specialist Kodachrome user with his favourite Nikon cameras. But he also had a wide range of rangefinder to medium and 5×4 format film cameras. Alan moved with the times into digital cameras and only stopped entering competitions when his macula eyesight degenerated severely. However this did not stop Alan coming to the Clubrooms just a stones throw from where he lived in Dorcas St. He was a long term South Melbourne resident and identity well before the Club purchased the Old Freemanson’s Building in 1979 that it still occupies.

For over 20 years Alan being resident very close by was the emergency ‘key’ man for the Club building. If you could not get in or had some emergency issue in the building Alan and his building keys were always available. He was called upon for keys quite a lot and always volunteered to open up early mornings for Club Exhibitions.

It was Shirley his wife that called a halt to the sometimes ridiculous out of hours emergency key requests.

Alan had a strong interest in the Japanese culture which could be seen from the books he collected and the Japanese artifacts that were on display in his home. Several Audio Visual productions on his Japanese collections and interests can that can be viewed at:- 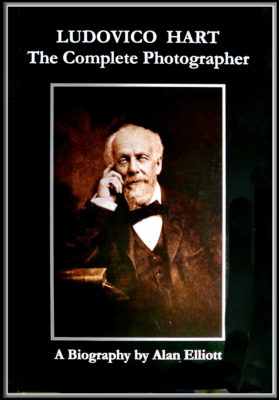 Alan was the Club’s Archivist from the  1980s till just recently and was responsible for more than 50 presentations and articles over the years in Club’s Exposure magazine and website articles. He authored several very important books for the Club. In 1990 ‘A Century Exposed’ was produced for the Club’s centenary and has one of Alan’s signature images on the cover. Another milestone book for Alan after 25 years of devoted research was the biography on Ludovico Hart ‘The Compete Photographer’. Professor Hart is the acknowledged founder of the Melbourne Camera Club which when founded in 1891 till 1919 was the Working Mens College Camera Club (now RMIT University).

Alan was a great researcher on the history of early V 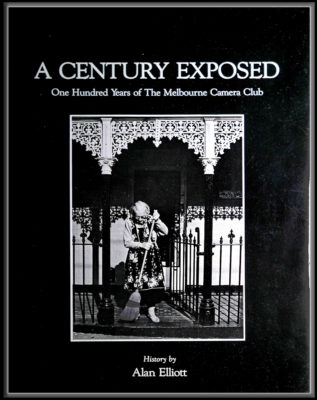 ictorian Photographers, Walter Woodbury & the Woodbury photo-mechanical process being an example. He was sort after by the NGV, SLV and Museum Victoria to identify and date early photographic images in and around historic Melbourne and Victoria. An Audio Visual documentary production ‘Pictorialism to Modernism’ about the 1900 to 1950 history of Australian photography in collaboration with myself and Simon Galbally was a particular achievement. Unfortunately ‘Pictorialism to Modernism’ has disappeared unindexed into the Club’s digital archive.

Preserving the Club’s Historic building and photographic heritage through proper archive processes was very important to Alan. As the Club’s Archivist for over 40 year Alan ensured the Club’s very impressive Permananent Collection of Photography was documented and displayed at least annually in a specific themed Exhibitions in the Gallery with a catalogue and recorded Audio Visual. Not all of Alans archive & heritage endeavours were appreciated and supported which disappointed him.

Alan was a willing participant for working bees that lasted years following the 1979 purchase of the largely dilapidated building but is now renovated as an impressive headquarters for our club activities and members’ photography.

For Alan 97th Birthday an Audio Visual of his milestones and life experiences can be seen in a short 3 minute Audio Visual at https://www.youtube.com/watch?v=g4oRb1oXJ8U

Many distinctions came Alans way – an Order of Australia, a Melbourne Camera Club Life Membership, ARPS photography achievement letters and the Royal Photography Society of Great Britain Fenton Medal are but a few of the accolades. He held world wide Chemistry process Patents that even in recent years were the subject of USA court actions. During WW2 Alan invented and undertook an extremely dangerous but important emergency production for the Australasian wartime testing of the Nickel content in structural steel. There are many more notable analytical achievements to his name.

Alan was a widely read and a knowledgeable character, always methodical and interesting to work with. His cognitive abilities were working to the end, it was just his physical body that kept deteriorating and letting him down. I will always remember Alan with affection for the great range of photography projects he undertook and most especially the annual archive exhibitions that we put so much effort into showing each year in the Club gallery. – Rest In Peace Alan – our great friend and fellow photographer.