“Gary Ramage is one of Australia’s leading photojournalists who has more than 31 years experience in the media industry.Gary has documented conflicts all over the world, including Somalia, Bougainville, Bosnia, Kosovo, East Timor, Iraq, Afghanistan and the Philippines. Gary’s work has been exhibited nationally and his photographs have been acquired by the Australian War Memorial and Australia’s Parliament House for their permanent collections.In 2013/2014 he was appointed as the Australian War Memorial’s Official War Photographer.Gary has won three Walkley Awards for Excellence in Journalism. In 2012 Gary won the Walkley Award for broadcast camera work. In 2015 he was awarded Press Photographer of the Year and Photograph of The Year.In 2019 Gary was selected as a finalist in the Moran Contemporary Photography competition.In 2020, Gary won the Australian War Memorial’s Napier Waller Art Prize Peoples Choice Award.” 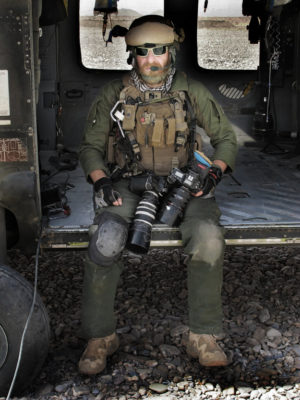